Beverly Glen is a small sliver of land in the hills of Los Angeles nestled between Bel Air to the west and Beverly Hills Post Office to the east. It is included the Beverly Crest, but for natives it most certainly does not belong to Beverly Hills. It starts at the north side of Sunset Boulevard directly across from Holmby Hills, where Beverly Glen Boulevard cuts through the neighborhood all the way to Mulholland Drive and over.

The Glen’s history dates back to 1828 when Sgt. Francisco Sepulveda needed the vital springs in Beverly Glen to support his land grants in the Westwood Village area, so he placed a ranch and adobe house in this part of town.

Similar to Malibu, Beverly Glen was inaccessible to most until the late 1800s when a wagon trail was cut into the canyon. In 1909, a man by the name of B.C. Mayo blazed the path to market the area by bringing in a group of surveyors and brush clearing crew. For seven years, vegetation was cleared, lots were surveyed and sold off. A store was erected just about where the current Glen Market stands today.

Beverly Glen, more or less, rode on the coattails of Bel Air and Beverly Hills with getting notoriety. It was not as popular as its neighbors due to its rough terrain but has become a very popular spot to have a home.

Lifestyle and Homes in Beverly Glen

The biggest draw to Beverly Glen is the area and close proximity to so much without the big sticker shock of Bel Air and BHPO. The majority of homes in Beverly Glen are under $2 million. A rare few are over this mark which makes it an ideal LA starter home especially for families or young business professionals. Beverly Glen Boulevard heads right into Westwood and Century City. Beverly Hills is only about 20 minutes away, and the Westside is just on the other side of the I-405 past Bel Air.

Similar to Bel Air, when going up Beverly Glen past Sunset Boulevard, there is a feeling like you just left the city and were transported to a forested area in Big Bear. That wooded retreat sensation is also why many decide to live in this neighborhood.

Beverly Glen has the Glen Market at the 1600 block of Beverly Glen Boulevard, which is a small neighborhood market similar to the Canyon Country Store in Laurel Canyon. But there is also the ritzy Beverly Glen Market Place. This is a small shopping center at the Beverly Glen Circle just south of Mulholland Drive. This is a one-stop-shop for those in the area not wanting to drive down the hill for “a jug of milk.” There is a grocery store, bank, pharmacy, post office, salon and spa, wine bar, Starbucks, as well as Chinese, sushi and Italian restaurant. 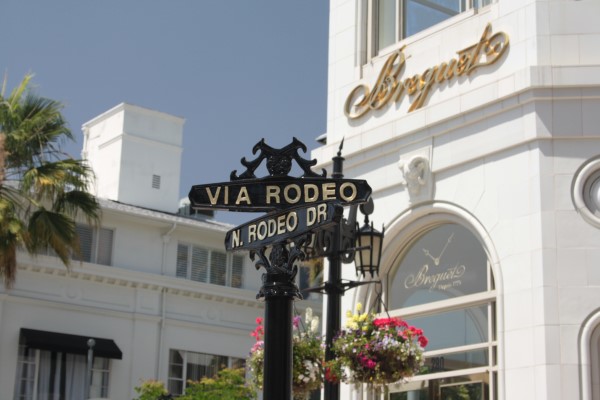 Top-Rated Schools in and around Beverly Glen

In real estate, the rule of thumb is that you never want to be the nicest house on the block. With Bel Air and Beverly Hills as neighbors, Beverly Glen gets all the perks including schools.